The Impact of Trade 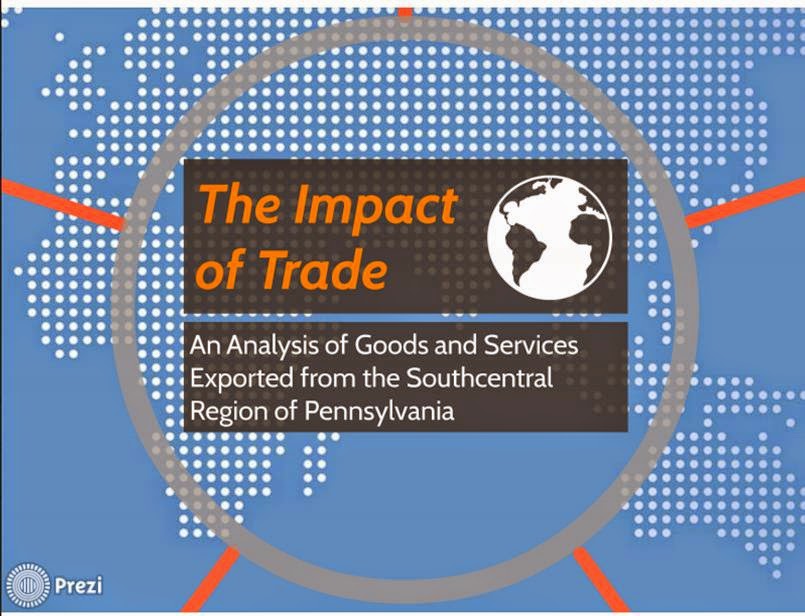 Have you ever wondered how much is really exported from the southcentral PA region?  Actually, it is quite a lot - over $14.4 billion worth of products and services were exported from the 8 counties in our region during 2012!

With the help of our interns, we were able to pull together county level data for both, exports of goods and exports of services, from a recent study by the Brooking's Institute called  "Export Nation 2013". 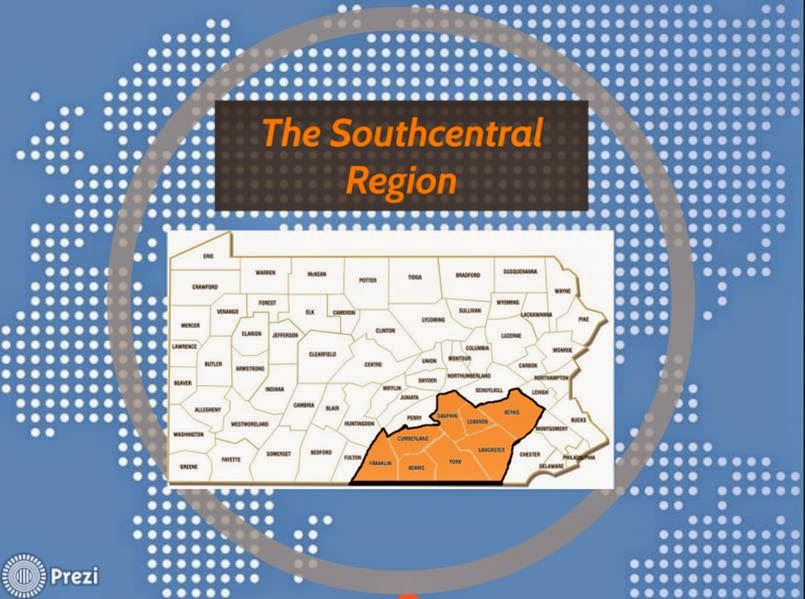 The report focuses in detail on the impact of exports for our region's eight counties: 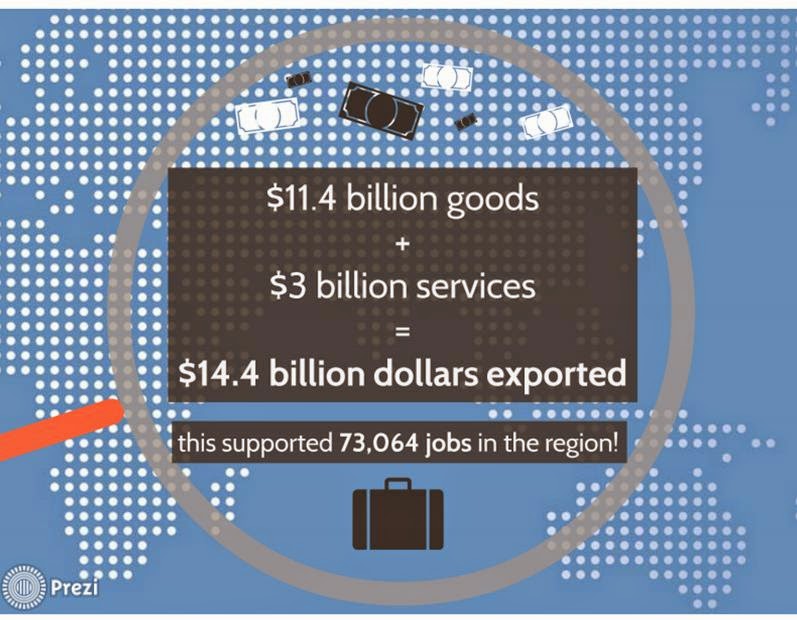 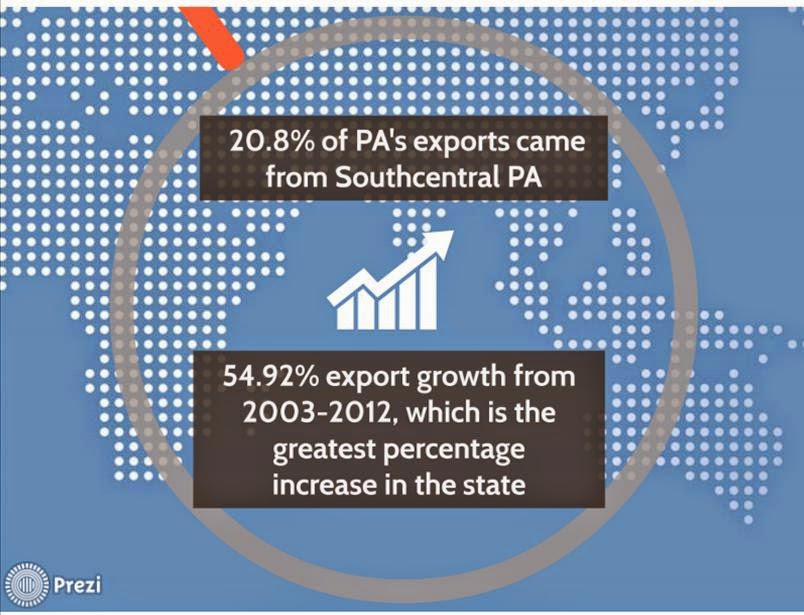 The entire WTC team as well as our interns, Rachel Kass from Dickinson College, and  Alicia Roberto from Lebanon Valley College, contributed to this report.