A Look at the Trans-Pacific Partnership 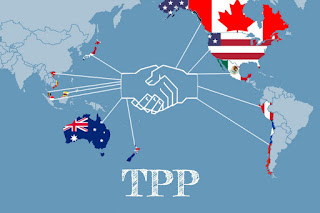 As with any policy decisions, there will be negatives and positives. One positive of the TPP tariff reductions is the gains to be made in the agricultural sector. The export tariffs on certain goods such as fruit and soybeans are cut, giving an edge to companies that export these products. Also, machinery export tariffs are cut, which could provide that sector with a nice push. Big pharmaceuticals may not have as positive of an outlook on the TPP due to decreased intellectual property rights changes. Another way the TPP may affect the U.S. is with reduced tariffs, import competition will increase because of the decrease in price. This may have an adverse effect on the economy due to displacement of jobs. However, this will most likely be offset by job churn.

Many estimates show small gains to be made relative to currently projected growth in the U.S. This is due to the fact that 40% of American exports go to the six countries in the TPP that we already have trade agreements with, and only 6% of current exports go to the TPP countries that we do not have current agreements with. Much of the gains to be made in this deal are in countries which need greater market access such as Japan, Vietnam, and Malaysia.


This is just a brief snapshot of the agreement. There are many sources from which you can learn about it and how it will have an effect on your community; here are a few:


A short paper by Jay Bryson, Wells Fargo economist, on the TPP


Brookings Institute Fellow’s piece on it


Industry Week Article "How Could the Trans-Pacific Partnership Affect You or Your Business?" 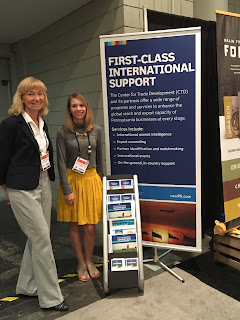 The World Trade Center Harrisburg partnered for the 5th year with Pennsylvania's Office of International Business Development in organizing the Pennsylvania Pavilion at the 62nd annual Summer Fancy Food Show.

The Fancy Food Show is North America's largest show for the specialty food and beverage industry and attracts a large number of foreign buyers.

- This year was the largest since the show’s 1954 inception.
- More than 47,000 specialty food professionals filled the exhibit halls (equal to 6 football fields).
- There were over 2,670 exhibitors, from over 55 countries, displaying their delicious foods!
- Nearly 60 Pennsylvanian companies exhibited throughout the show.

The Pennsylvania Pavilion included 13 companies, with four from our southcentral region.

Companies were able to arrange pre-scheduled appointments with foreign buyers, which took place the day before the show opened.