In the Eastern European toy industry, the Kids Russia Fair in Moscow is the aspirant fair everyone is flocking to. Also known as the “International Trade Fair for our Children’s World,” products including children’s toys, hobbies, baby, outdoor, playground and sports are all featured.

Having the reputation as one of the most important trade shows for the Russian toy industry, the Kids Russia Fair is the perfect place for distributors, licensors, vendors and buyers to establish themselves in the market. For RoomMates Décor, the largest manufacturer of peel & stick wall stickers, the Kids Russia Fair is a great place to strengthen relationships with international distributors. Receiving featured booth placement with Russian toy distributor Konik Ltd. at the show, both RoomMates Décor and Konik Ltd. benefited, and also received increased foot traffic from the larger space.

Irina Fedotova, Head of Marketing and Advertising for RoomMates Russia / Konik Ltd. was very happy with the quality of the attendees.

“Our RoomMates product planogram showcased some of our top selling designs in the Russian market, and allowed retailers to envision what our products could look like in the aisles of their stores.” 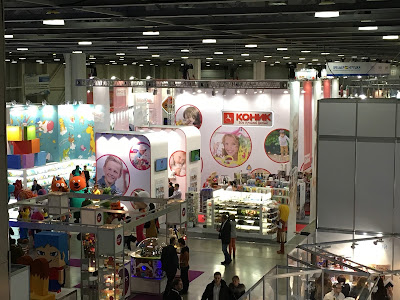 Take a quick trip straight to the Kids Russia Fair right from your desk and watch highlights from this year’s show! 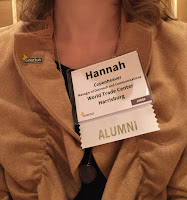 I had an awesome opportunity to represent World Trade Center as a judge for the Enactus regional competition in Washington, DC on March 29. For those who are unfamiliar with the organization, Enactus is an international non profit that brings together students, colleges and businesses who are committed to using the power of entrepreneurial action to transform lives and shape a better more sustainable world. Enactus chapters are located in colleges around the world (in 36 countries!) and each team creates community development projects centered around improving the livelihood of their respective community. 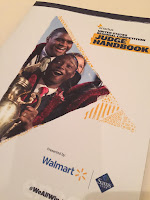 During the Washington, DC regional competition, 47 mid-Atlantic college teams presented their projects and achievements in fifteen minutes or less. I was able to judge seven of these presentations. Nearly all had a visual presentation with pictures, infographics, testimonials, and videos. The student groups were comprised of typically four to six presenters with the rest of their teammates providing support in the audience. Teams were extremely well rehearsed and perfectly poised - even their outfits were matching! They take this competition extremely seriously. I can speak from my experience on the York College of Pennsylvania presentation team - it is no joke!