The World Trade Center Harrisburg and Stevens & Lee/Griffin International, LLC collaborated in organizing a morning roundtable to host Ambassador Henne Schuwer, Consul General Dolph Hogewoning and his delegation from the Netherlands. The event was held on April 30, 2018, as part of a celebration of King’s Day and the proclamation of “Netherlands Day in PA”. 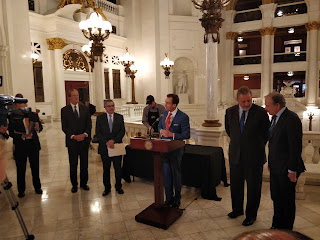 The Netherlands has a strong trade presence in Pennsylvania. Ambassador Schuwer and his delegation from the Netherlands came to Harrisburg to further strengthen that longstanding relationship and discuss the strong economic bond that exists between Netherlands and PA. 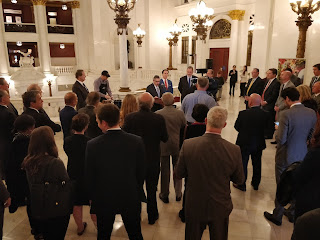 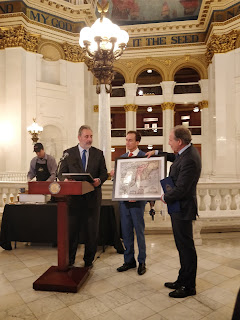 Lt. Gov. Mike Stack hosted the afternoon lunch reception for the delegation in his Capitol office. The reception was followed by a news conference where Lt. Gov. Mike Stack presented Ambassador Henne Schuwer with a gift and an official proclamation that marks April 30th as "King's Day in Pennsylvania".
By World Trade Center Harrisburg - April 30, 2018 No comments: