The Numbers of Trade: Why Exporting Adds Up

This year for MANTEC's Business Growth Conference, Tina ran a breakout session called "The Numbers of Trade: Why Exporting Adds Up". In case you missed it, here is the run down of what happened during the session and why, in fact, exporting does "add up".

THE "NUMBERS OF TRADE" GAME 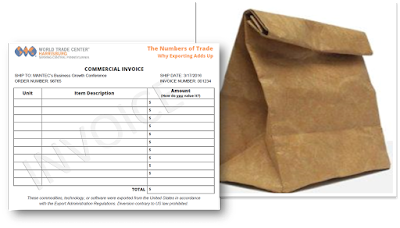 First, we wanted to get the room interacting. Often times, conference sessions can be a "death by PowerPoint" scenario... anyone who has ever presented is guilty of that, me included. When our attendees walked in, the first thing that they saw at their seats was a normal looking brown paper bag with a little notecard stapled on it that resembled a commercial invoice. Most were curious to know what was in the bag. Before we dove in to find out, we went around the room and had each attendee introduce themselves. This was a devised plan for the game because in order for the game to work, one must first get to know the other people in the room, just like you would get to know your potential customers before conducting business.

Next, we found out what was in the bag! We opened the bag, inspected what was inside, and then assigned a personal dollar value to each item. We noted the values of each item on the commercial invoice notecard and added them up at the bottom of the bag.

Here was my random assortment of goodies and what I personally valued each item:


Then, we all went around the room and traded items for goodies that meant more to us; goodies that we valued at a greater amount. I really like applesauce, so I was on the hunt for that. It is also cold season, so I wanted to make sure to trade something for a pack of tissues. I could have chosen to trade with the people sitting next to me (think: Canada and Mexico) or I could have walked to the opposite side of the room to trade with people far away (think: China and India). Some also did a 2 for 1 deal. Here are some pictures of our attendees conducting business. 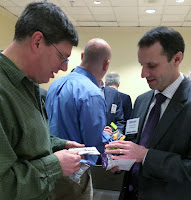 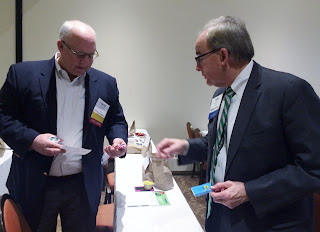 I think I did pretty well. I traded away things that had little or no value to me for things that I really wanted. I also kept a few things. Here is what I walked away with at the end of the game: 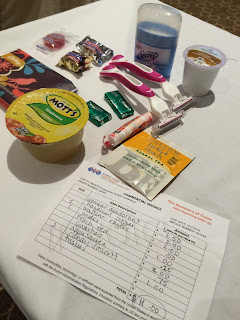 As you can see, I was able to get things that I didn't have before by making a trade with other people. My value total also increased. We found that everyone in the room increased in their personal value totals by over 20%.  The majority of our participants increased their value between 50 - 75%, a few were over 100%,  and three "super traders" managed to increase the value of their bag by over 200% - like me. This is why trade matters!


WHY EXPORTING ADDS UP
During Tina's presentation, she mentioned some very compelling reasons to export. Not only does exporting increase your overall sales, it also spreads your risk out, helps offset seasonal products, spurs your innovation, and diversifies your customer base.

If that is not enough, here is the data to back up why exporting is beneficial to companies: 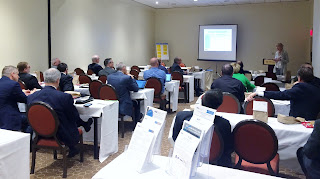 The opportunities are also there for companies:

Right here in southcentral Pennsylvania, so many of our companies are exporting very successfully. In fact, in 2013 we were able to get amazing county-level data from Brookings Institute that showcased exactly how much the eight counties of our region exported in 2012 (click here to read our previous blog post):

If you are curious to find out more, simply contact our office! We would love to share our knowledge with you.

Click here to view the PDF file of this presentation

Email ThisBlogThis!Share to TwitterShare to FacebookShare to Pinterest
Labels: Past Events, Trade Topics